During the 19th century the people of Brisbane and Ipswich used the Brisbane and Bremer rivers for swimming, bathing, washing and transport. In the summer months the river was also home to dangerous bull sharks, at the time known as 'shovel-nose sharks'. This book looks back at the interaction between sharks and people that led to several horrific attacks and four tragic deaths. You (and your dog) might never go for a summer dip in the river again!

Popular posts from this blog 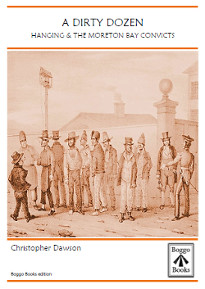 Mutineers, murderers, sheep-stealers and runaways. These are the stories of the twelve Moreton Bay convicts who were hanged in the 1820s and 1830s. Find out about the teenage pickpocket sentenced to death three times and the acrobat who became the most notorious of all New South Wales hangmen. And was convict life really so bad that men committed murder just for the 'escape' of being hanged? This book is an update of the 'Dirty Dozen' publication from Inside History (2007). Christopher Dawson (2020) 48 pages with illustrations, endnotes and bibliography RRP: $6.00 ISBN: 978-0-9873669-2-4
Read more 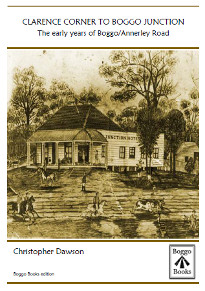 Available soon Annerley Road grew from an 1850s bullock track to become a unique road with a unique name. Learn about when Indigenous people camped in a rich environment; the development of the 'One-Mile Swamp' and 'Boggo'; and the near-disappearance of the name 'Boggo'. By that time the road was home to a cemetery, a prison, and a 19th century legacy that survives to this day. This book is an update of the 'One and Only Boggo Road' publication from Inside History (2008). Christopher Dawson (2008) 76 pages, with illustrations and endnotes RRP $8.00
Read more